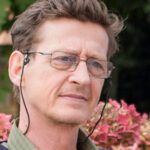 Francois Nosten is Professor in Tropical Medicine at Oxford University, Nuffield Department of Medicine. He is also the Director of the Shoklo Malaria Research Unit in Thailand. His work concentrates on malaria and he has conducted the largest ever drug trials in malaria in an area which has the world’s most drug-resistant parasites, including a detailed study of the SPf66 malaria vaccine. Recent studies have concentrated on the efficacy and effectiveness of combinations anti malarial therapy. Dr Nosten has also investigated malaria prophylaxis and antimalarial treatment in pregnancy and the identification of thiamine deficiency (beri-beri) as a major cause of infant mortality amongst Karen refugees. His team is now leading the efforts to eliminate artemisinin resistant P.falciparum from eastern Myanmar. SMRU is also involved in the treatment of tuberculosis in the population living on the Thai-Myanmar border.